I blogged about my plans in an earlier post but here is the real deal. My main course was the Vegan Cassoulet from Skinny Bitch Ultimate Everyday Cookbook by Kim Barnouin.

I also had sides of baked sweet potatoes and roasted Brussels sprouts. 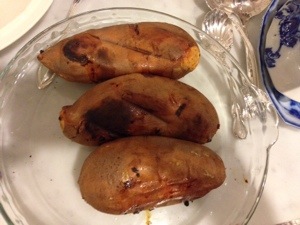 I used a store-bought vegan graham cracker crust 😮
I had some leftover filling that wouldn’t fit so I made some custard cups. I made a crumble of coarsely ground pecans and oats mixed with some maple syrup. I put the crumble in the bottom, filled the cup with the pie filling, baked them, and then topped them with more crumble. Yum! 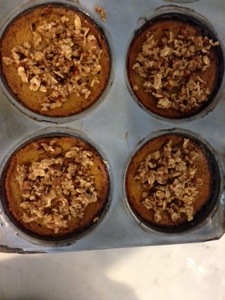 Finally I made this no-bake pumpkin dessert (I halved the recipe). I found it too rich & heavy on the coconut oil so I’d use way less next time, but it was delicious! 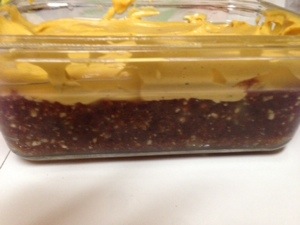 Everything was a big hit with the omnivores. And me 🙂
Happy Thanksgiving!!

This entry was posted in Holiday, Recipes and tagged holiday, Thanksgiving. Bookmark the permalink.